The importance of microbial fuel testing for aviation

For many years, no matter what industry you were in, microbial fuel contamination was a guessing game. We all know microbes are out there, and it’s become more apparent in recent years that aviation fuel systems are not immune to being places that microbes will grow and cause problems. 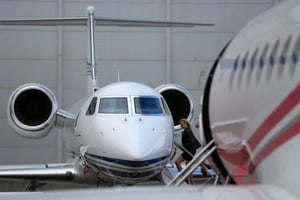 In normal situations, before microbial fuel testing technologies became readily available, knowing whether or not you had a contamination problem hinged on being able to recognize the secondary symptoms like filter plugging. In stored fuel, this included a change in the fuel’s physical characteristics like color or smell. Yet, relying on these things was always going to be an inexact science because these kind of things only become noticeable or detectable by the end user when microbes have grown and established themselves to a great enough extent. In other words, it’s kind of like the Titanic seeing the iceberg. Once you see it clearly enough to recognize it, it’s probably too late - the problem is already well established and will be a bear to get rid of.

For aviation, this problem has more serious and expensive consequences. Airplanes are obviously expensive, so waiting until the physical manifestations of microbial contamination are noticeable means playing a game of financial russian roulette. The consequences of being wrong are much higher than faced by the typical user of stored fuel.

Not A Guessing Game Any More

Assessing microbial contamination is no longer a guessing game. Testing technologies are now available that allow field users to reliably test for levels of microbial presence in virtually any kind of fuel or on any kind of surface.

This is a welcome change from the past when the ability to test for microbes outside of a lab didn’t really exist. Even as in-field culture tests were developed, you still had to wait days for results that were less than reliable. Thankfully, this is no longer the case. Aviation users now have the ability to test for microbes and get results that are, in many cases, more specific than what they used to be able to get at a lab after waiting days and weeks for results.

The bigger point isn’t just to say that microbial testing technology is better, though it is. It’s to point out that microbial contamination is a burgeoning problem for aviation, and that it’s not a problem with no solution any longer. Aviation users have state-of-the-art options to test for microbes and to know what they need to know to take action before microbial contamination turns into a really expensive problem.

That is why microbial testing is important for aviation. It saves time and money at a time where the aviation industry has less afford to deal with expensive problems than at any point in the past.