Preventing problems with the testing of aviation fuel properties

Much of this information is taken from the helpful document ASTM D1655 – The Standard Specification for Aviation Turbine Fuels.  Among the many helpful areas the D1655 document covers is an explanation of the required performance characteristics of aviation turbine (i.e. jet) fuels.  We say helpful because D1655 goes beyond simply listing out and defining the minimum and maximum values aviation fuel needs to have in its properties, but it goes a step further that we want to touch on here. It explains why each of these is important and what possibly can help if an aviation fuel falls short in any given area. 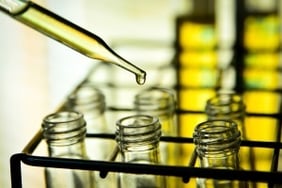 So that’s what we want to talk about today. The more we know about the ‘whys’ of the fuels we use, the better we understand them and the more aware we can be of potential problems that are commonly seen (along with a much better understanding of what to do about them).

There are two sections in D1655 that are linked together. Table 1 is the Detailed Requirements of Aviation Turbine Fuels. This is the same kind of table found in D975, listing the required properties of the fuel, the required values, and (if applicable) the specific test method (preferably ASTM or IP) that determines the value.  These values cover physical properties like freezing point and viscosity, properties of stability & resistance to change (like thermal stability), and expressions of the fuel’s allowed composition (like the maximum amount of aromatics allowed in the fuel).

These values all work together to define a framework of what aviation fuel has to “look like”. If something contains more than 25% aromatic content, legally it’s not actually aviation fuel.

But beyond the essential numbers, it’s good to know why they matter. For ease of discussion, we’ll group these numbers generally by what they influence.

Thermal Stability – unlike on-road diesel fuel, aviation fuel has a defined stability rating that it needs to meet. Thermal stability (not oxidative stability) is the important measure, as it reflects the fuel’s resistance to oxidation and polymerization and its resistance to forming harmful deposits, all at the higher operating temperatures encountered in jet turbine engines. Naturally, if the fuel doesn’t meet the defined minimum, the jet engine runs the risk of excessive deposit buildup over the course of the fuel’s use.

These parameters work together to help define how the fuel burns in the engine.

Aromatic Content & Smoke Point – these are related concepts. Jet fuel should have a high smoke point temperature so it has less chance of producing unhealthy smoke emissions when burned. The aromatic content influences the smoke point in that lower aromatic content results both in less smoke but also, importantly, less carbon deposition.

Density – this affects how the fuel is metered in the injectors. If the fuel is too light (density is too low), that means the fuel will have a low heating value and the plane won’t travel as far.

Distillation – all petroleum fuels have a defined distillation value, which is expressed by listing two or three applicable temperatures – the 10% value, 90% and Final Boiling Point. The distillation value influences both how volatile the fuel is and how easy it vaporizes (mixes with the air prior to combustion).  D1655 says the aviation fuel’s 10% distillation temperature can’t be too low or it will be hard to start the engine. It also limits how high the Final Boiling Point can be, because that temperature is heavily influenced by the amount of larger, heavier molecules that are mixed into the fuel. The bigger the molecule, the harder it is to vaporize, so refiners try to limit the amount of these to keep the aviation fuel properly volatile.

Viscosity – we all have a basic concept of what viscosity is. Honey and molasses are thick, highly viscous liquids, and water is not. Aviation fuel has limits on its viscosity because it relates to keeping the fuel pumpable over the entire temperature range of its use, and it relates to keeping a consistent spray pattern from the injector nozzle.

There are many other properties we haven’t touched on – copper strip corrosion, total acidity, existent gum content and flash point. But reviewing the ones above should paint a picture of how important these technical aspects of the fuel are. Most of the time, you won’t have to worry about these because the fuel will.