How to Prevent Diesel Fuel Contamination in Farm Fuel Storage

If you fail to eat a healthy, balanced diet, your body isn't going to receive the nutrients that it needs to thrive - hence the old cliché saying "you are what you eat." Ironic that we lead off a discussion of farm fuel with an observation like that. 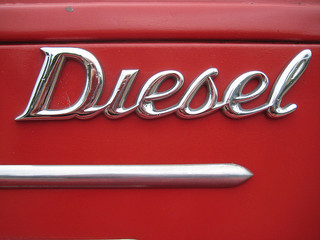 The same can be said for the fuel you put into your farm’s equipment and vehicles - they’ll only go as far as the quality of fuel you put into it. That means you want the fuel to be good when you buy it (you assume that it is), but then if you store any volumes of it for later use, you want to protect its quality in storage so it behaves the same next year as it did right now.

Any fuel that gets stored becomes especially vulnerable to the things that destroy fuel quality. Stuff like oxidation is a universal concern, but the biggest concern for farm fuel is water buildup and microbial contamination (the #1 issue, if you’re picking favorites).

So just how do you go about preventing this kind of diesel fuel contamination so you can keep your tractors in the field? This requires considering where you get your fuel from and what you do with it once you have it.

Only Purchase Fuel from Reliable Sources

Trustworthy fuel suppliers like farm cooperatives will employ control measures to maintain good fuel quality, such as keeping tanks full to prevent water from condensing and keeping tanks in good, leak-free condition.  They’re also more likely to have their ears to the ground on the latest best practices on controlling the biggest fuel problem out there, diesel fuel microbial contamination. They have to be, so they don’t pass that problem along to you.

There’s a lot of stuff out there claiming to be the best thing for…..well, doing whatever they’ve convinced you need to be done for the fuel you use. In truth, a lot of it is garbage, while those in the industry know certain types of chemistries are actually important for stored fuel, farm, or otherwise.

First, what you don’t need. You don’t need magic potions that claim to improve “mileage by up to 25%”. Those kinds of claims are designed to be striking, but the only thing they’re good for is separating you from your farm money. You also don’t really need lubricity additives unless you know you’re using 100% ultra-low sulfur diesel fuel. The thing is, virtually all of the diesel fuel available today has a little bit of biodiesel in it, if not more than that. And even just a little bit of biodiesel fixes whatever lubricity issues the diesel fuel developed when they took the sulfur out of it. So it’s fine if you’re looking at a multifunction diesel additive that does things like cleans injectors and adds cetane to the fuel, and maybe it’s got lubricity improver in it, too. But most farms don’t need a dedicated stand-alone lubricity improver.

Then consider the things you do need - the treatment chemistries that really do address actual problems that farm fuels have. Since diesel fuel microbial contamination is the single biggest problem with fuels today, you need a good diesel fuel biocide in your arsenal. Your farm co-op should have one in stock or know where you can get it (because it’s not something you typically would find on the shelf of your local Walmart).

The other big thing you may consider is a diesel fuel stabilizer, for any fuel that you typically store for more than a few months. Fuel stabilizer packages are well known in the industry and use a combination of chemistries to cancel out the chemical reactions that cause fuel to degrade and go bad in storage.  Since it’s impossible to keep fuel from being exposed to things like air and water, a fuel stabilizer is an important tool. Think of it as insurance for your farm fuel. While we’re at it, you can think of biocide, not as insurance, but as medicine. The kind of medicine where it’s not a case of if you’ll need it, but when.