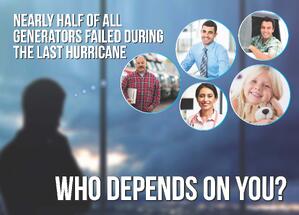 The storm activity in the Atlantic tends to get all the attention, but the tropical storms that form in the eastern part of the Pacific ocean not only impact Hawaii and the West Coast, they can also influence (for better or for worse) whether Atlantic hurricanes are serious or not.

The Direct Impact of Pacific storms

In general, the storms that form in the eastern Pacific don’t even make land fall in North America. They tend to get moved away from land by weather patterns – upper-atmosphere winds and colder waters in the mid to northern part of the eastern Pacific. Colder water weakens storms just as warmer water makes them stronger.  These conditions are also what tend to protect Hawaii from tropical storms and hurricanes – cooler waters and stronger upper atmosphere winds. So the storms that form in the southern Pacific tend to weaken the further north they go, which make them more of a concern for shipping lanes than they are for, say, Southern California.  Those weather patterns, though, can give us hints on how the Atlantic hurricane season is going to turn out.

A significant Pacific trend that’s worth keeping an eye on is the El Nino phenomenon, as it can definitely have a substantial impact on hurricane activity on the other side of the continent. El Nino will make storms stronger in the Pacific and on the West Coast while reducing strong hurricane activity in the Atlantic.  There’s also an Atlantic counterpart to this, named appropriately La Nina, that has the opposite effect – it makes Atlantic hurricanes stronger while reducing storm intensity all the way out in the Pacific. The reasons for these have to do with how these weather systems influence atmospheric winds, and the effects of those winds on whether storms develop and/or get stronger vs. weaker.

Getting into the meteorological minutae would require us to talk about things like Hadley Circulation, ridge-trough patterns and vertical wind shear. We don’t really need to know all that for our purposes. Suffice it to say that when weather system phenomenons like El Nino and La Nina form (which doesn’t happen every year), they change the weather patterns in other parts of the world.  They form ridges or fields of high (and low) air pressure that can result in higher upper-air wind speeds and more changes in wind direction – all at the altitudes between 5,000 and 35,000 feet. When this happens in the Atlantic, as a result of El Nino’s presence in the Pacific, two seemingly contradictory things happen.  The greater changes in wind direction (vertical wind shear) keep hurricanes from forming by, essentially, ripping them apart before they have a chance to really get it together. And at the same time, in the areas that aren’t subject to the higher wind shear, the atmosphere becomes more stable, making it even more difficult for hurricane and tropical storms to both form and to get stronger.

That’s Great. But What’s Going To Happen This Year?

We say all that in order to look ahead to the 2018 Atlantic hurricane season and ask the question, are we going to have an El Nino? Is any of this going to affect us this year? Will the 2018 hurricane season be weaker as a result or the same as last year?

According to the NOAA (National Oceanic Atmospheric Administration) blog in June 2018, conditions have coalesced such that there’s at least a 50% chance of an El Nino system developing through the summer, and a 65% chance through the upcoming winter.  The main things they look for in forecasting an El Nino development are warm ocean temperatures in the Pacific and a combination of high air pressure in the Western Pacific with low air pressure in the Eastern Pacific.  As of now, it appears highly likely that the warm water temperatures will come to pass, putting us partway there. The kicker is going to be how the pressure and the winds behave.  If a westerly wind system develops, that will give all of the right conditions for El Nino to appear. And that means a stronger than expected hurricane season in the Atlantic.

What To Do – Watching & Waiting

The significance of all this weather talk for those who take care of stored fuel is how these trends may affect whether they get hit with severe storms that might necessitate use of emergency backup systems. If an El Nino system develops, it’s more likely that this year’s Atlantic hurricane season will be more severe.  It’s just a wait-and-see situation at this point. But if emergency backup systems are in your area of responsibility, it will be worth your while to listen for more details in the coming months so you won’t get caught by surprise.