The end of this summer 2018 will mark one year since Hurricane Irma made its unfortunate impression in the state of Florida.  Many health care facilities and nursing homes were ill-prepared for such a storm and tragedy struck some of the unfortunate residents. We all heard about the disaster in Hollywood Hills, Florida, where 14 people died after their nursing home facility lost power to their air conditioning system. 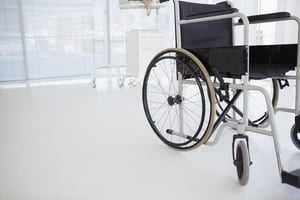 Such an unusual situation caught people’s attention. How could lack of air conditioning be so devastating? Whatever the reason, those deaths spurred Florida Governor Rick Scott and various regulatory agencies to pass new rules to try and prevent this kind of situation in the future.  One notable stipulation was that health care facilities (which include hospitals, nursing homes and home health centers) would need to have both generators and sufficient stored fuel to power their air conditioning for up to 96 hours after they lose power.

This is a major shift in requirements. We know that emergency backup fuel and emergency power systems are essential to the functioning of health care facilities. But for years, the rules ensuring their viability have been, shall we say, a little vague and overly general.  For example, there are rules enforced through agencies like AHCA and the NFPA that tell health care facilities “you have to have viable back up fuel to power your generators”.  But we know that you have to test the fuel in certain ways to make sure it doesn’t develop issues (like sludge formation or microbial growth) that will compromise its ability to run those emergency  systems.  What are the important tests to run? How *should* they test the fuel vs. what falls under the category of recommended-but-not-required?

Up to this point, the requirements from AHCA and NFPA have, essentially, said “you need to test your fuel once a year, but we can’t tell you how”.  That could be the topic of a whole ‘nuther show right there.

Back to the Florida law changes.  The rules passed in late-2017 laid out a timeline for Florida health care facilities to take steps to comply with the new rules. By October 31st, they all had to have submitted written plans that detailed the steps they would take to comply with the new ruling. Of course, not every facility met this deadline – at least 18 of them missed it.

How is progress looking now?

Five months on, how does the situation look? Well, some new wrinkles seem to have developed.  In February, it was announced that the Florida Legislature may not actually ratify these rules and requirements.  There was push back from groups representing assisted-living facilities that faced a little bit of a financial problem.  Facilities like nursing homes receive Medicaid dollars from the Federal government, and there are provisions in place that can help them offset the costs of these new requirements. In contrast, assisted-living facilities do not generally receive Medicaid money, and thus have no financial assistance available to them.

This is no small consideration. It was estimated that it would cost the 577 nursing homes in Florida over $108 million to comply with the new rules.  It would cost assisted-living facilities almost as much ($102 million and change), but with no hope of assistance through Medicaid.

Things started to not look good for the law when a state administrative law judge struck down the requirements.   This forced Governor Scott’s administration to do some hard core negotiating with the dissenting industry groups like LeadingAge Florida.

There Is Good News

Having said all that, fast forward to the present, and the news looks better. On March 26th, Governor Scott and industry groups reached a compromise that would allow the legislation pass. It was then signed into law. The case is now closed. HB7099 is now the law of the land in Florida.

Did this change anything as far as the requirements or timelines go?

Without digging too deep into the weeds, facilities have until July 1st to comply.  They are not required to install permanent generators but can use portable generators instead to meet the requirements. And they are required to have 72 hours of fuel always available in their main tank, but with perpetual access to an additional 24 hours of emergency supply if they need more.