Diesel engines are at their best on the highway.

Here are some thoughts on points of conventional wisdom for heavy truck diesel performance:

Well, there's more to it than that, but one of the big reasons diesel engines are more "powerful" is because they can operate off higher compression ratios than gasoline engines. Recall that the compression ratio is basically how big the cylinder is in comparison to the space left when the piston is all the way up.

Gas engines have compressions ratio usually around 8:1 to 10:1.  Diesel engines can be higher than 20:1. Higher compression ratio gives more power and better fuel economy (relative to the work that's being done).

So why can't a gas engine do this? Because there's higher heat generated with gasoline in that kind of situation. The higher heat would cause the gasoline to self-ignite faster (because gasoline has a lower ignition temperature than diesel), and there would be too much pre-ignition in the engine as the piston tries to cover the ground and get back to top dead center position. So diesel fuel gives more power and performance because of its inherent combustion nature.

Diesels have excellent highway performance because diesel engines can deliver high levels of power and torque at uncommonly low levels of engine revolution. This is one reason diesel is the fuel of choice for long-haul transportation. A diesel engine can maintain highway speeds with low revolutions.  Diesel engines also lessen the need to downshift when climbing hills, which is a sure way to waste fuel and lower fuel efficiency.

In choosing a pickup, how much power do you need?

Speaking to the diesel pickup truck crowd, unless you'v had a lot of diesel trucks before, sometimes it's hard to translate horsepower and torque figures into real world meaning. If you're a contractor, how many horsepower do you need to get your job done?  A good diesel pickup, be it Dodge or Ford or GMC, should be able to haul a trailer with 20,000 lbs of payload.  If you rarely haul that amount, you probably don't need to worry excessively about differences in power between models.  But if it's important for you to have that work capacity to get the job done, then you should.  As an aside, keep in mind that heavier trucks can actually tow less than lighter trucks, because a heavier truck is already using a great proportion of its Combined Gross Weight limit with its own body weight. 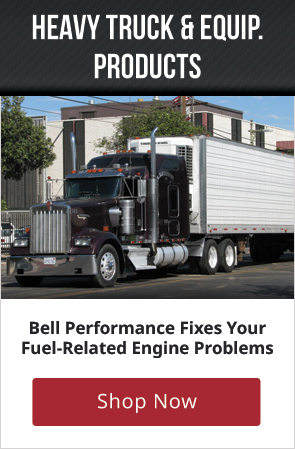