The Disadvantages of Adding Ethanol to Your Fuel 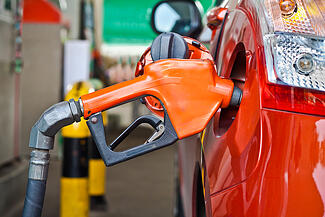 Ethanol is a fact of life now, with 10% ethanol blends being commonplace for a number of years. 15% ethanol has passed all of the approval stages and should be commonplace in the fuel supply within the next year.

Some states like Minnesota are doing state-wide mandates to go up to 20% ethanol in the next five years, if not sooner. All of these mandates are aimed at improving air quality and reducing air pollution from fuel emissions, which ethanol blends achieve through the lowering of harmful emissions.

But ethanol causes major issues for consumers, who face loss of mileage, storage issues and a tendency for ethanol to corrode plastic and fiberglass tanks and parts, especially in marine applications.

Pure ethanol has a gross BTU value 35% less than the equivalent amount of gasoline. However, most cars don’t run on pure ethanol – in fact, running on higher than 15-20% ethanol concentration can cause engine damage because the engine has to be adjusted to account for the differing combustion property of that concentration. The commonly found E10 blend only has 10% ethanol, so the actual drop in energy value is more along the lines of 3.5%-5.0%.

In October 2010, Congress dropped the hammer to start raising ethanol levels from 10% to 15%. As this happened, fuel mileage drops became even larger. 5% may not seem like that much, but consumers have already demonstrated that they are extremely price conscious and do not take any added expense lightly in this economy.

Pure ethanol has a strong ability to absorb water from the atmosphere around it. This is true also of the blends made from pure ethanol and gasoline. Ethanol has such a strong attraction to water that chemical producers cannot even sell 100% pure ethanol – it is always 99.8% or less, because there will always be at least a tiny bit of water. As you may expect, attraction of water is an even bigger problem for marine users of E10-E85 than it is for on-road drivers.

When water accumulates in a fuel or storage tank, it sinks to the bottom of the tank because water is heavier than fuel. It then contributes to a whole host of fuel problems and issues for all types of engines (big and small) that use ethanol. These can be summarized here below:

Microbes like bacteria and fungi all need an accumulated water phase in order to grow and thrive in a fuel storage tank. The bacteria live in between the water and fuel, feeding off of both materials, growing and multiplying and giving off the harmful by-products of their life cycle. If an infestation takes hold, problems with corrosion, filter plugging and reduction in fuel quality can follow. However, ethanol blends, like gasoline, tend to be used quicker than stored diesel fuels, so this is not so much of a problem in actual practice for end users. But it is a concern for fuel handlers, refiners and distributors, many of whom have to use millions of dollars a year of biocide to keep the problems in check.

Phase Separation means the ethanol ‘phase’ separates from the gasoline ‘phase’ and results in two layers of two different compounds, instead of a homogenous mixture of gasoline and ethanol. At this point the ethanol will sink below the gasoline phase and mix with any more accumulated water, making an
ethanol-water phase mixture that sits on the bottom of the tank where the fuel pickup line locates. Ethanol fuel that has phase separated cannot be put back together because the ethanol and water have combined into a seamless layer. But that’s the least of the worries when this happens