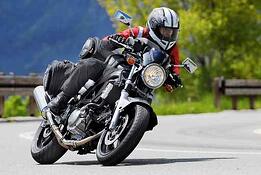 The war of rhetoric over ethanol is in full force on Twitter, between ethanol supporters (like the Renewable Fuels Association- The RFA) and ethanol detractors. The RFA and their groups of "twitter re-tweeters" will cite surveys stating things like "80% of consumers want more E15 at their local gas station".  Of course, the grey area in interpreting survey results like this is that you don't know exactly what question was asked. Maybe the survey said something like "If you know for certain that E15 is completely safe  in any engine and 100% American, would you support more E15 at your local filling station?". Survey results like this are only as good as the questions being asked.

On the flip side, the American Motorcyclists Association (AMA) did their own survey and came up with results that seem to contradict this rosy view of consumer sentiment surrounding ethanol fuels. They cited a survey conducted by Harris Interactive where more than 75% of consumers expressed fears about E15 fuel damaging car engines and fuel systems. Not only that, the same survey found more than two-thirds of consumers surveyed believe that using more corn for ethanol production may drive up food prices.

The American Motorcyclist Association - Not A Supporter of E15 Fuel

So it seems pretty clear that the American Motorcyclists Association is not in favor of E15 or ethanol. Their vice president Wayne Allard gave a bunch of reasons why the AMA thinks motorcyclists and other users should be concerned about the spread of E15 fuel. And those reasons are pretty compelling:

Reason #1 - No motorcycles or ATVs in use today are designed to run on ethanol blend fuels that exceed 10%. And even the 10% ethanol so commonly found at most gas stations will cause problems in older models.

Reason #2 - Even with stickers pointing out which pumps have E15 and which have E10, many consumers are still confused and will fill up with the wrong kind of fuel, yielding the opportunity for some very real and serious damage.

Reason #3 - The EPA hasn't even tested E15 fuel on motorcycles and ATV engines. Those are considered off-road engines, whereas the EPA approval for E15 is only for onroad uses. Therefore, the EPA does not approve E15 for use in motorcycles and ATVs.

Reason #4 - If E15 is used in a motorcycle and engine damage results, the warranty probably will not be honored (if the motorcycle is still under warranty to begin with).

The American Motorcyclists Association has a position that is pretty clear. They support the availability of fuels for consumers that are safe for what they're being used in. And they want protections in place to reduce or eliminate the chance of confused consumers making a costly mistake with respect to the fuel they're putting in their motorcycle or ATV.