Electric Cars: Not as Green as you Think?

Green electric cars (environmentally-friendly, not the color) seem to be a key part of environmentalists' plan to cut carbon emissions and help save the planet. But are they really as friendly to the earth as they might appear?

Certainly, the thought of being able to drive a car without burning any fossil fuels appears to be a really nice step in the direction of zero carbon emissions. And big advances have been made in the area of power generation such that even though it probably took some burning of fossil fuels (coal, oil, natural gas) to generate the electricity to charge the car, it's significantly less on a per-car basis than the carbon burned in a car's small gas-powered engine.

But if we're going to accurately assess how earth-friendly cars are like the Chevy Volt, we have to consider everything that went into making the car.  And that's where some industry analysts start to raise the red flag and say 'hold on a minute, maybe we need to look at this a little more closely'.

When we say this, we point to the important fact that the price of something is directly related to the cost of the materials that went into it. It is very very rare for something to be priced at $50,000, but have less material (of whatever kind you mean) going into it than something that costs $500. Let's look at cars to clarify this. You could buy a conventional gas-powered sedan from a popular car maker for, let's say, $22,000. Or you can buy a Chevy Volt for, let's say, $35,000 (leaving any recent price reductions out of it). The fact that the Volt doesn't burn any gas is a key selling feature, but for our purposes, it's irrelevant. They had to put some kinds of things into the Volt, while they were making it, that causes it to have to be priced so high at $35k. It's not priced so high simply because Chevy thinks people will pay an extra $13,000 not to have to visit a gas station. And it's the "cost" of those components that is at issue.

Key Components Come At A Cost 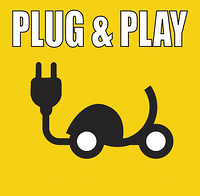 Electric cars only work because they have rechargeable batteries.  These batteries are heavy-duty, with heavy being the key word - upwards of 300 lbs or more. In order to balance out the fact the car has a heavy battery, they have to put a lot of space-age composites and polymers and plastics into the body of the car to keep it light. How do they make those parts? It takes energy and resources to make them. It also takes.....fossil fuels.

In their motor, electric cars have special magnets which contain substantial amounts of "rare earth metals". Without these, the car wouldn't be able to work as designed. The majority of rare earth metals for use in high-tech applications like electric cars and transistors come from mines in China. How much environmental damage is done when mining those?

There are other things, too.  The motor and electronics in electric cars contain substantial amounts of copper. Same problem there - copper doesn't just come out of the ground "for free". There's an environmental cost to getting it.

To be fair, the body of the electric isn't completely made of plastic. There is some metal in it.  The material of choice for structural frame parts that cannot be made of plastic is aluminum. It used to be steel before the big push on lightweight cars to save gas. Problem is, aluminum requires a lot more energy to produce than steel does. That becomes part of the environmental cost of the car.

Just keep these things in mind the next time someone wants to give the impression that you get something for free with respect to electric cars. Sure, you will save on gas (nobody likes paying $60.00 for a tank of gas). But if you're going to buy an electric car, be sure to balance those savings against the thousands of extra dollars you'll be paying on the front end, and combine that with the knowledge that none of the expensive parts were really made for free.