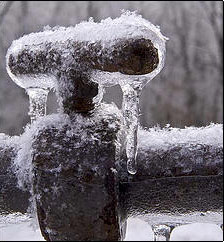 Diesel fuel gels in cold weather because of the action of the paraffin wax parts of the diesel fuel condensing out of the fuel and sticking together, causing a thickening effect in the diesel fuel.  This is a big problem for diesel engines in the cold climates of the northern United States, where temperatures below 0 degrees F cause regular issues with cold flow performance of diesel fuel.  What are the typical fuel gelling symptoms?

This is the big one. The diesel fuel has gelled in the fuel lines and has plugged the fuel filter. If fuel can't pass through the fuel filter, the engine isn't going to crank.

Some truck drivers tell of filling up with diesel fuel in wintertime and forgetting to put antigel treatment in the fuel. They get out on the road and find their truck is sluggish at best, and can't even accelerate properly. Sometime is preventing the right amount of fuel from getting to where it's supposed to be. They will check their gauges (in common rail systems) and see a big difference between the Desired Fuel Rail pressureand the Actual Rail pressure when they are accelerating.  The two figures will be closer when they are cruising, but when they step on the accelerator, the Desired pressure can spike up to, say, 180 MPa, but the Actual pressure stays lower, around 30-50 MPa. This is most likely fuel gelling in action.

I have black smoke and bad fuel mileage? NO.

These are *not* symptoms of gelled fuel.  Black smoke is an indication there's an imbalance in the proper ratio of fuel and air that the engine uses to run as it is designed to. Black smoke typically indicates there's too much fuel and not enough air in the mix being burned. This would not be due to fuel gelling, but can be due to dirty injectors or some other kind of injection problem.