The Rise of the Aftermarket - More Keeping Older Cars Than Ever

Last month, the National Petroleum Distributors (NPD) had their annual trade show out in Las Vegas.  Typically these kind of shows feature insightful news and industry analysis designed to help their members do more business.  In this case, the NPD represents your local gas station and fuel distributors - the people you buy your gas from. 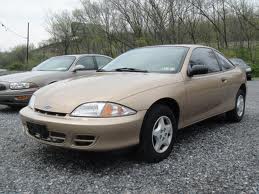 What they had to say at this trade show was pretty interesting.

One of their industry analysts David Portalatin talked about the trends of people keeping cars for longer and longer periods of time.

Industry experts have recognized for a few years now, the trending decline of new cars sales due to the economy.

Now, Mr. Portalatin mentions that this trend could be reversing a little bit, but the more notable consequence is that because people haven't bought a lot of new cars in the last 3-4 years, the number of vehicles that are 4-7 years old is also going down. Basically if you don't have a new car, you won't have a 4-year old car in.... 4 years, right?

In the video, David talks about the decline of the "sweet spot", which for this group, tended to be cars aged 4-7 years old that they could market certain types of gas additives and specialty gasolines that would extend the life of cars entering this critical age bracket.  Just of "high-mileage" oils as an example of this.

What Mr. Portalatin goes on to explain is that, even though the number of 4-7 year old cars is going down, they're seeing a dramatic rise in the number of cars that people are keeping for longer periods of time than ever. He calls it out as the shifting of the sweet spot - the old window (4-7 years old) is shrinking and being replaced by an even older pool of vehicles that people are keeping longer. That means those cars 8 years and older. As you may guess, running these older vehicles on Bell Performance fuel additives like Mix-I-Go or Ethanol Defense is a great way to keep them running their best for longer.

So if you're finding that you can't afford to replace your 11 year old "old-faithful" vehicle, don't fret. You're far from the only person in that boat!

Here's a link to the short video from David Portalatin - it's only about 54 seconds long, but he's got some interesting things to say!