The continued in-fighting between Republican and Democrat members of Congress has troubling implications for the renewable fuels industry - the producers of ethanol and biodiesel.  And if it's trouble for them, it's automatically trouble for you, too.

It's good to remember that renewable fuels/biofuels refers to types of fuel that are produced from renewable resources - plant and animal sources, generally speaking. 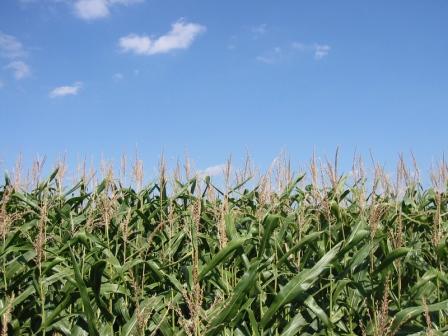 Ethanol is a "biofuel" because it's produced from corn (and other plant sources like sugar cane in other countries).  Biodiesel is a mixture of diesel and a renewable fuel portion called FAME fuel, which is basically oil produced when an existing fat like canola oil or bacon grease is chemically treated and modified to make something that burns a lot like actual diesel fuel and therefore can be mixed with diesel fuel to make biodiesel.

The dirty little secret about biofuels is that they are cost-effective only because they are subsidized by tax dollars. Essentially, drivers already pay for them ahead of time through their taxes before they pay for them again at the pump.  And these tax credits have been a huge reason why ethanol and biodiesel production expanded so rapidly. A good illustration of this is to note the production of biodiesel absolutely skyrocketed in 2005 after the announcement of the federal tax credit.

Unfortunately for the biofuels industry, 2012 looks to see a big change in that regard.

Lost among the partisan fighting over deficits and debt ceilings was the news on December 31st that the ethanol tax credit was allowed to expire.  This credit gave gasoline producers a credit of 45 cents per gallon for each gallon of ethanol blended with gasoline.  In addition to this, US ethanol producers got trade production in the form of a 54 cent per gallon tariff that kept foreign ethanol prices artificially high.  Both of those benefits died at the turn of the year.  The biodiesel industry still retains some kind of advantage because of EPA mandates that specifically mandate 10 billion gallons of biodiesel production for the year 2012, up 25% over 2011. And they've still got their tax credit of $1.00 per gallon.  Back in 2010 it appears the biodiesel tax credit was going to expire and almost half the biodiesel plants in the country closed down pretty quickly.

What are the consequences for losing the ethanol tax credit? It creates much more potential for gas prices to go up even higher.  Ethanol is something that is pretty much required in the fuel supply, so if the cost for it goes up automatically by 45 cents, somebody's going to have to pay that.  It may be that some producers will go out of business, resulting in consolidation in the industry (more ethanol made by large producers). That's not necessarily going to be good for the consumer's wallet.  On the flip side, large producers tend to be more efficient, which helps control costs. But sudden costs like a 45 cent per gallon jump aren't always going to be absorbed by the producer - you can count on at least some of it being passed along to you.

How Carbon Deposits Are Formed In An Engine
How to Clean a Diesel Engine
Diesel Fuel System Cleaners
How do cold flow improvers work?
Recommendations for Performing a Diesel Engine Flush