If you’re anywhere in the state of Florida or surrounding states, you’ve probably been knee deep in hurricane preparations for a few days now, waiting on the arrival of Hurricane Irma.

Irma’s unusual size and strength are well known by now:

Those of us who were in Florida in 1992 remember the historic damage caused by Hurricane Andrew. But as the photos show, Irma is a much, much bigger storm. 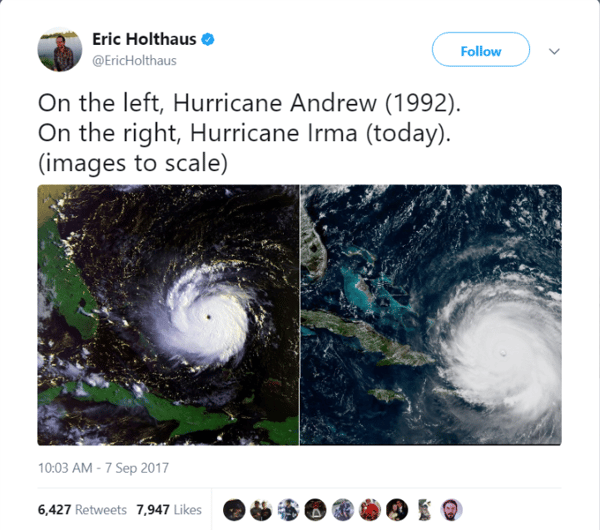 This leads to the major concern of whether Irma is going to destroy houses and businesses like Andrew did. Since it’s a bigger storm, that fear is not surprising.

But we have new rules and regulations in place, implemented as a result of Andrew, that might mitigate the aftermath. We’re not just talking about building codes, either, though those are substantially improved.  Supermarkets, gas stations and hospitals now are required to be equipped with generators to make sure they resume operations as quickly as possible after a major storm.

Finally, Bell Performance itself will be closed on Monday as the hurricane moves through.