The US changes the world on energy supply 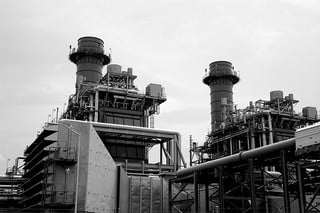 The average American equates the Middle East with oil. What they don’t know is that we don’t get most of our oil from the Middle East. Whatever the United States doesn’t produce itself, its largest import partner for crude oil is…..Canada. But the average person doesn’t know that.

The average person also doesn’t know that North America is now the leading producer and exporter of fossil fuel energy on the planet.  That’s right, we (in combination with Canada) send out more total oil and natural gas than the Middle East, Russia, anyone else in the world.   That’s a huge change from the 70s and 80s when OPEC first flexed its muscles and caused the average American driver to have to finally learn where Saudi Arabia and Kuwait were.

What changed so dramatically in that time? It’s not like we are using less total energy, so we have more to export to other places. On the contrary, we still use more energy than anyone else in the world.  But the discovery of gigantic natural gas and shale oil reserves in North America have really turned our nation’s energy picture on its head--in a good way.

Apart from the people who think we shouldn’t be burning any fossil fuels at all, most environmentalists have a much easier time getting behind natural gas as an energy source.  Not only is it cheaper, it’s a much cleaner-burning fuel (smaller molecules equals more complete burning) that produces a lot less waste and a lot less emissions into the environment.  Natural gas is good stuff.  And we, Bell Performance that is, say that in all good faith. Natural gas in power generation is such a good fuel, it doesn’t really even need additives to treat it in the same way that heavy fuel oil and coal do. So as more people switch to natural gas away from fuel oil, our ATX business goes down, but the nation’s energy health keeps improving. Who can root against that?

Besides, there are lots of other countries that doesn’t have these natural gas reserves to use. So they have to keep using fuel oil and coal.  And that’s where most of our fuel treatment exports go – exporting to factories and power plants in countries like Taiwan and China. To help them be more efficient and more environmentally-friendly.   So if we can’t do it here, we will help them out over there.

If you're going to be at the Power-Gen Orlando Show in December, come by and say hello!

Check out these other posts on Power Generation