Shrinking fuel distributor margins a problem for the industry 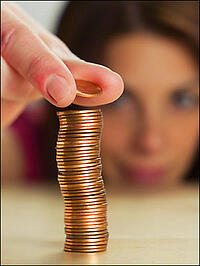 Do you know where all the money in the cost of a gallon of gasoline goes? We've blogged about this before and the answers surprise a lot of people.

As expected, the biggest chunk of the gallon's cost goes pay for the crude oil it's made from.  The next biggest slice goes to local, state and Federal government taxes. After that, the refining costs take a chunk, followed by marketing costs.

After the smoke clears from these people taking their slices of the pie, you've got a pretty small amount left to pay two of the essential parties in the transaction - the gas station retailer of the fuel and the fuel distributor who buys the fuel from the refinery/oil company and passes it on to the fueling station.

Gas stations are always squeezed on margins for fuel. Most stations barely make 2 cents a gallon in profit on the fuel. When you subtract things like credit card surcharges taken by Visa or Mastercard for the debit card swipes at the pump, fuel actually becomes a "loss leader" for the station - they lose money on each gallon of fuel. They have to offer fuel in order to get customers into the convenience store to buy chips and soda. That's one of the only ways they can turn a profit and stay in business.

Fuel distributors aren't in much of a better boat either. If the gas station is making two cents a gallon, the fuel distributor is probably making 1% on the deal, which means 3-4 cents. We've heard as high as 6 cents per gallon, but that doesn't seem to be common.

And it's not like fuel distributors have much room to manuever on their profit margins. Gasoline and diesel fuel is extremely cost competitive, and distributors depends on fractions of a cents on either end to make up the profit margins they need to stay in business.

Some fuel distributors seek to diversify their product offerings by including problem-solving fuel treatments along with the fuel they sell. It's well known that ethanol and diesel fuel bring their own sets of problems, whether you're talking about ethanol phase separation or bacteria investing stored fuel. This presents a perfect opportunity for cash-strapped fuel distributors to solve their customer's fuel problems while creating income streams to flesh out their profit margins at the same time.  The customer is happy, the fuel distributor is happy, and it's a win all around.

However, not everyone knows they even have problems in their fuel. This creates an opportunity for a fuel distributor to set themselves apart from the competition by educating their customer base about fuel problems and how they can be solved. Anyone can try to sell a "solution" to someone in need (and hopefully that "solution" is actually, you know, one that works. Many are not.)  But customers have changed and they expect more these days. Not only do they expect more, they have access to more information than ever. And they will change vendors more easily than ever; whenever it is in their best interests.

So fuel distributors, already at the mercy of a more-expectant customer base, must now seek to keep those customers by positioning themselves as a resource, as problem-solvers who give more value than the next guy. Fuel distributors who do that are the ones who create, in the words of Apple, "raving fans", customers for life.

Just imagine. Wouldn't you want to do business with a company like that?