No ethanol in Florida, what causes black smoke, who's getting rich off gas - The Top 11 For The Year (Part I)

Thanks to our subscribers and visitors, the Bell Blog (now going into its fifth year) saw thousands of visitors exploring some of the best and most newsworthy topics and news from the past years about fuels and fuel topics.

So what kind of things did we find out this year?

We found out that people were ticked off at spending thousands more for hybrids that didn't get the gas mileage they expected.  We found out that some additives for engine oil made some pretty wild claims that were hard to live up to. We found out that it's never a good thing to put gasoline in a diesel vehicle, especially if it's the presidential limo.

The Top Ten For The Year, Plus One 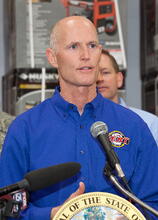 2013 was a year of legal challenges to the various state ethanol mandates that sprang up from the federal law known as the Renewable Fuels Standard.  Florida Governor Rick Scott made waves by signing legislation into law that removed the requirement for Florida gas stations to sell any kind of ethanol gasoline. As we explained, that didn't mean ethanol was now outlawed in Florida. But it is likely to give gas stations more flexibility to offer other kinds of gasoline along with ethanol (should they choose to keep selling E10). 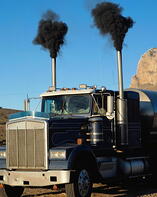 A discussion about the types of smoke you commonly see from diesel engines. Over 1,100 people read the article in a little less than six months. They saw that there are different likely causes for white smoke vs. black smoke, not to mention what blue smoke from a diesel engine indicates (burning oil).

Our dad always told us to fill up when the tank was half full, but most drivers wait a lot longer than that.  Turns out that dad may have been right; there are a few problems which may rear their heads if you consistently try to squeeze every last drop from your gas tank before hitting the filling station.

#8 - Octane gas and mileage: Does It Help Or Hurt?

Some people swear by the use of premium gas in cars that don't call for it. But that's a different issue than the practice of trying to save a few bucks by using gas with a lower octane than what's specified by your vehicle's engine. We talked about the function of octan rating of fuel and what effects running low-octane gas could have on your vehicle's computer, mileage and performance.

The price of gas is a guaranteed hot button issue amng drivers. When gas pushed $.4.00 a gallon (or more), where is all that money going? This Bell blog talked about the different parties who take a cut of your gas dollar. And how much is that gas station really making?

#6 - Gas mileage tips from the hypermilers

Hypermilers, who have contests to squeeze the most miles out of their gas, have learned a few tricks for better gas mileage that we can all use. And who wouldn't want to learn from someone who gets 100 miles to a gallon?

Coming Up Next: Part II of the Top 11 - The five most popular blogs of the year!