IMO Marine fuel regs 2020 - How It Affects Everyone (and that means you, too)

2020 will see the most significant changes to the fuels used in the maritime industry in recent memory, if not ever. It’s going to have consequences and implications for a lot more people than just sea-faring ships. Which is why everyone needs to be aware of how the changes might possibly affect them.

Shipping Makes The World Go Round 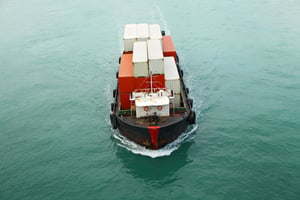 It’s not inaccurate to say that maritime shipping is the life blood of the global economy. They carry 90% of the world’s trade goods around the world, generating over $500 billion in freight costs alone, from more than 100,000 ships of at least 100 tons in size (and many more smaller ones). The larger ships can approach 2,300 tons, and yet they can be operated by teams of just thirteen people. A single container ship can carry up to 9,000 containers of products. If you put those same containers on a transport train, the train would need to be more than 40 miles long.

Now think about what those containers “contain”. A container of bicycles could be transported from Malaysia to the United States, taking a journey of 16 days, and costing just $10 per bike for a 9,000 mile journey.  Consumer products like DVD players might only cost $1.50 per unit.

And yet, they do all of this as the safest form of commercial transport that has the least amount of environmental impact. This is due, in no small part, to the industry’s commitment to safety and environmental standards. The shipping industry was among the very first industries to adopt international safety standards. And relative to vast volume of freight transported, international maritime shipping is an extremely minor contributor to marine pollution, with even that small portion having decreased substantially over the last 15 years.

These ships burn huge volumes of fuel – an 8,000 TEU container ship can burn more than 200 tons (more than 60,000 gallons) of heavy fuel oil per day at full speed. So there’s huge potential for pollution if not for the maritime fuel regulations that have forced a significant cleanup of the fuel. And that’s where the coming 2020 changes are going to focus.

What Changes Are Coming?

Starting in 2020, the industry is going to face tougher rules of the sulfur emissions coming from maritime fuel. Up till now, ships could use fuel that had a maximum sulfur content of 35,000 parts per million (or 3.5% by weight). Now, the fuel they use will have its sulfur capped at just 5,000 parts per million (0.5%).  The exception would be ships that have expensive sulfur-scrubbing equipment fitted onto their exhaust system. They may still be able to burn the high sulfur fuel.  Ships that don’t comply with either requirement are going to find problems with getting insurance, if not legal ramifications from regulatory agencies.

This is a huge change, but necessary to limit sulfur emissions out into the environment. On-road fuels have had lower sulfur content for years, and it’s been a real benefit for the environment (think less acid rain). The reduction of sulfur in on-road diesel from 5,000 ppm to 500 ppm to (now) 15 ppm over a period of 25 years is credited with being one of the most significant changes for the environment of the late-20th and early-21st centuries.  Considering how much fuel the maritime industry burns, this sulfur reduction change really was inevitable.

How Will That Affect You?

How this will affect “you” depends on who “you” are. Obviously, everyone’s going to benefit from a cleaner environment. But will this fuel change affect other areas?

Anytime you make such a broad change in production requirements, it makes things more expensive. The fear is that these rules may make lower sulfur fuels less available to other industries. Though really, it’s not going to be a supply issue as much as a potential cost increase. Refineries are going to keep producing these fuels – we’re not going to run out. What’s most likely to happen is that fuel refiners will end up dipping into other supplies of fuels they produce, like Marine Gasoil and Very Low Sulfur Fuel Oil, and use those to produce marine fuels that meet this new sulfur standard.  Some version of that is what is going to be the most likely solution.

So supply won’t be the issue, but costs might increase substantially. How substantially?  Analysts forecast an increase in diesel’s wholesale price by 25 cents per gallon.  That’s where other industries will start to sit up and take notice. Changes in one area very often have ripple effects in other areas, which is why it’s rarely sufficient to say “oh, that’s only going to hurt them; I’ll be alright”. Everything seems to be entwined with everything else.

Check out these related posts