Free Webinar - Fuel Tests You Need To Know About

What do government installations, generator users, fuel polishers, and hospitals have in common? They all use stored fuel to get the job done. And they all face a heavy cost if their stored fuel isn’t up to the task at a moment’s notice. Given how today’s fuel are more prone to problems than fuels of the past, that seems like just one more thing to worry about for them.

The only way to predict whether stored fuels will do the job or if they’re on the verge of failure is through some kind of fuel testing.  But say fuel testing to the average business person or field level worker, and their eyes either glaze over or they say “nope, don’t need it.”

Part of the problem is that a) many people don’t understand how important fuel tests are, and b) even if they did, they wouldn’t have any idea where to start.

And why should they? Even though it’s an important part of their “business”, it’s not their primary concern. They’re not making their backup generator fuel priority #1, they’re treating patients. Or keeping the servers going and the cell phone towers online.  Or making sure the city streets are clean for the people who pay their taxes.

In all of these cases, fuel testing is the elephant in the room. It’s the  only way to know exactly what kind of condition the fuel is in; hence, it’s the only reliable way to know if a serious problem is on the horizon, ready to surprise. 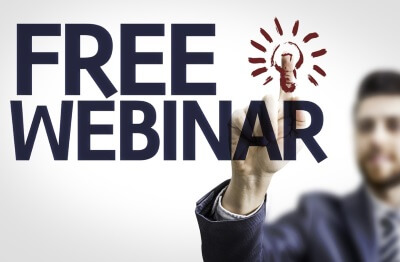 Free Webinar – Fuel Tests You Need To Know About

If any of this resonates with you, you may wish to take advantage of a free webinar we’re doing on Wednesday, August 2nd at 11 am EST. In it, we’re going to talk about the Fuel Tests You Need To Know About.

We’ll give some background on the role that fuel testing plays in keep fuel problem free. But our main focus will be on the 5-6 most important fuel tests that all stored fuel users need to be familiar with.

Maybe unlucky isn’t the right word.  Because in business and in life, you make your own luck.  Using fuel testing to keep an objective tab on the condition of the stored fuel that your business or group can’t do without isn’t luck. It’s wise planning.

This free webinar on Fuel Tests You Need To Know About will cut through the excess information overload and show you where you need to start.

We hope you’ll join us on Wednesday August 2nd at 11 am EST for our webinar on Fuel Tests You Need To Know About.

Click here to register for the Fuel Tests webinar on August 2nd.

Choosing A Fuel Biocide For Your Farm: How Do Bellicide and Biobor Compare?
The 3 Elements of Agricultural & Farm Fuel Contamination
Fuel Contamination can be Avoided with Clean Fuel and Sound Practices
Diesel Fuel Storage & Sulfur: The Rules Have Changed. Are You Ready?
The Importance of Protecting Hospital Stored Fuel for Emergency Use